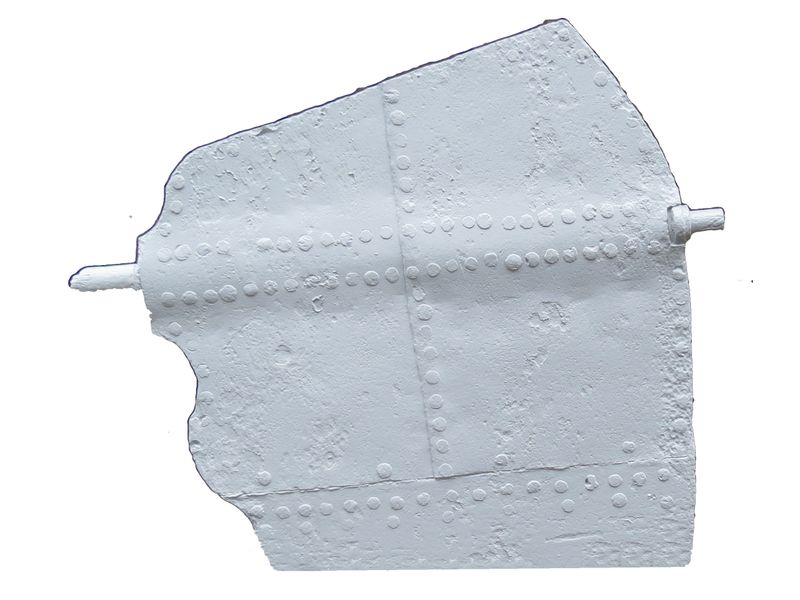 The museum has in its collection a ship’s rudder which was repurposed for use as an engineering anchor plate to secure one of the chains on the Gattonside pedestrian bridge near Melrose. The bridge was opened in 1826 and the rudder dates from that time. The museum has discovered that this rudder, made of malleable […]

The ICE Scotland Museum has joined ArtUK and a small number of the items in our collection have been listed. To read our story click here.

David McGuigan shows ASCE members Paul Giroux and Dan McQueen some of the surveying instruments during their visit of 5 August 2022.

Celebrating their 50th Anniversary, seven civil engineering graduates of 1972 visited the museum on 30 June 2022 and were shown round by David McGuigan. The event was organised by The Watt Club, Heriot-Watt University’s alumni association.

A film by Peter Longman chronicling the conservation work undertaken from its start in July 1995 up to the opening ceremony on 29 October 1996. This viaduct on the Kilmarnock & Troon Railway, believed to be the world’s oldest on a public railway, was the work of leading civil engineer William Jessop. The double-track, horse-operated […]

The museum has re-opened following the Covid-19 restrictions. Visitors area asked to wear masks, adopt 1 metre separation and follow any direction markings. Members of the public can visit independently or, if preferred, request a guided tour. More details on the home page.

The museum was founded in 1971 and this year we celebrate 50 years of activity.

At present because of Covid-19 the Museum remains closed. We hope that we will be open again later in the year.